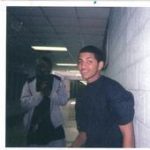 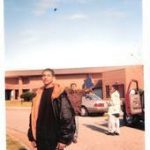 my son aaron was 10 days from being 17 when a young man whom we had been telling aaron to stay away from didn’t mean him any good called my house about 1p.m that friday afternoon asking to speak to aaron giving me someone else’s name i hung up the phone on him because i knew who he was.later on that night he and aaron evidentally had communicated and he picked aaron up from the top of my driveway about 8:30p.m i worried all night long and about 6:00a.m a man that we know came to my house and said there had been an accident and they thought aaron was gone.they were trying to get the car off of aaron then.still with the thought of maybe it is not aaron when we got to the accident scene it was confirmed it was my son aaron the only one that got killed and the driver survived.what a day!the worst day of my life….my aaron was gone.