Drunk driving is the single largest cause of motor vehicle deaths in the US.  Even more shocking is that most DUI offenders continue to drive regardless of court-imposed sanctions.

A car breathalyzer is one of the last barriers to drunk driving prevention for DUI offenders who want to stay out of jail.  A car breathalyzer, also known as an ignition interlock device, requires drivers to give a breath sample prior to starting their cars.  If the breathalyzer detects a certain amount of alcohol, the car simply will not start.

Often used by the courts as a combination punishment and deterrent to those convicted of DUI, the device is installed in the defendant’s car. These permanent alcohol detectors are professionally installed, often at considerable cost, which is, of course, paid by the offender. 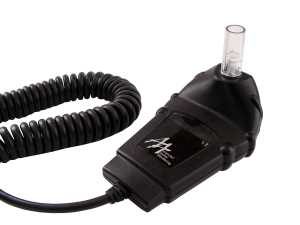 Embarrassing for some, these devices do work and prevent would-be drunk drivers all across the country from endangering lives.

These car breathalyzers are not infallible.  A willing passenger who has not imbibed could, in theory, blow into the device to fool it into letting the car start.  Most reasonably sane people would avoid doing that however, since they would know that if the driver couldn’t start the car, he or she must be drunk or at least under the influence of alcohol.

However, car breathalyzer manufacturers these days have developed safeguards to prevent circumvention.   These safety measures include disabling the car if the unit is tampered with and special driver recognition methods to prevent an unauthorized person from giving the breath sample.