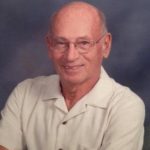 My Dad – The sweetest man

For years, I’ve seen stories on television and articles written talking about what the families of victems of drunk drivers go through. Now I’m living it.

My Dad was the kindest of souls, a gentle man. He made friends wherever he went. My dad left his house on July 8th to do some errands. My mother wanted to ride along, but he told her he would return shortly. He never returned.

Driving his Murano, he was hit by a drunk driver (T-Boned). The drunk driver ran traffic lights and stop signs and hit my father doing 70mph. The Murano was destroyed as if it was hit by a bullet. My dad did not have a chance.

He was revived at the scene and rushed to a trauma center. He was immediately put on life support with hopes he would wake. My brother, niece and nephew and I flew to Florida the next morning. I still remember getting the telephone call. “Dad was in a car crash; it’s bad. Very bad….you better get here. He’s not going to make it”.

4 days later, with family by his bedside, we said goodbye. When the removed his medication, his eyes opened for a few seconds, as if to say I’m ok and I’m going to heaven now…then his body stopped and he was gone.

Our journey has not ended. The other driver after sustaining serious injuries, survived. He was released and has not been charged yet (6 months now). The FHP is severely understaffed. I feel their pain. But our pain has not stopped. This person is still not charged. And my Dad is dead. Hopefully soon, we’ll have some peace.

Please do not drink and drive……..please.